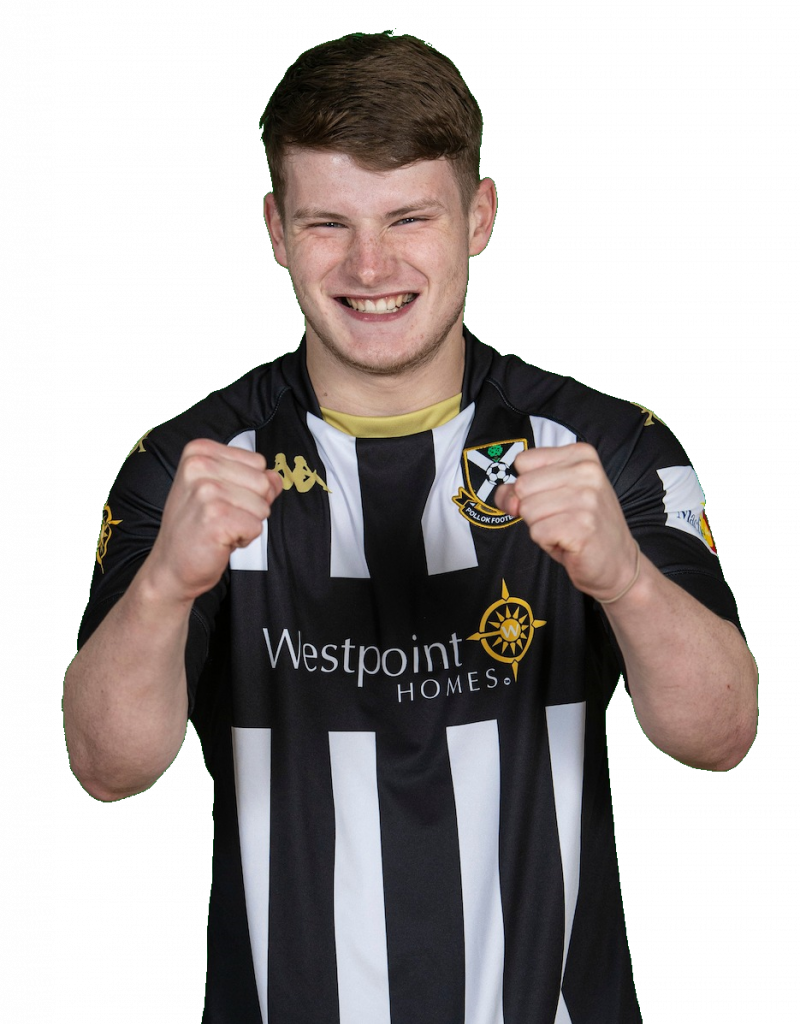 In some great news for a Thursday evening, it can be confirmed that Johnny Lyon has signed a multi-year deal with the club, tying him to Newlandsfield until the summer of 2024. Manager Murdo MacKinnon was thrilled to secure the tricky forward, saying:

“Johnny has been a fantastic addition to the squad this season, his attitude and effort have been brilliant from the word go.”

“He is a young player with lots to learn and develop, but his attitude towards the game and playing at a huge club like Pollok is a breath of fresh air. He asked for a platform to prove that he can play at this level. We provided that and he has certainly proven his worth on the pitch. He has endeared himself to the supporters and everyone around the club.”

“I’m delighted that Johnny has decided to extend his contract and commit himself to the club. An outstanding young talent who has a big future ahead of him in the game and at Pollok.“

“I’m delighted to be offered a new contract here at Pollok – I’m just thankful to the gaffer, coaching staff and teammates for trusting me and giving me a chance in the games especially. I am now looking forward to a big week ahead.“

Lok are next in action against Irvine Vics in the Scottish Junior Cup at Victoria Park this coming Saturday, while there is then midweek action when we take on Irvine Meadow XI under the lights at Meadow Park on the 29th in a crunch league game. There is then the visit of early pacesetters Auchinleck Talbot to Newlandsfield on the 2nd of October.