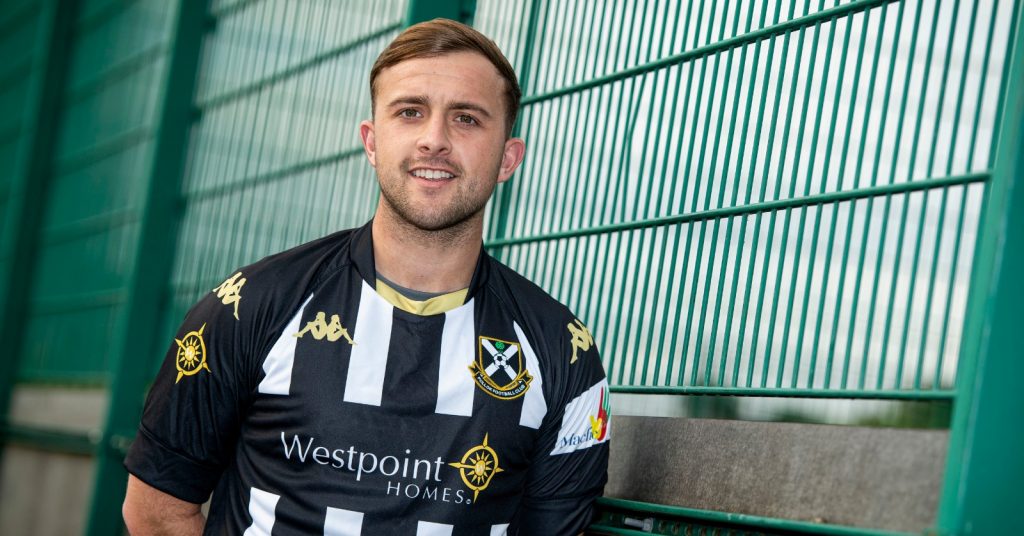 Pollok FC are delighted to confirm the signing of 23-year-old midfielder Alex McWaters.

Alex, a wide midfielder, has signed on a one year deal having spent recent seasons with Kilwinning Rangers. Greenock-based, he began his career playing in the youth teams of St Andrew’s BC, Kilmarnock and East End United, though signed for Morton while still at school. While at Morton he was loaned to Largs Thistle, eventually joining them on a permanent basis in 2017. He transferred to Hurlford United in August 2018 then Troon in March 2019. He became a Buff in July 2019 and remained there until the end of the aborted 2020-21 season. Eagle-eyed fans may have spotted him making his first Lok appearance as a trialist in the return to action in June 2021 against Auchinleck Talbot.

On landing Alex, manager Murdo MacKinnon had the following to say:

“It’s great to eventually get the deal to bring Alex to the club signed and over the line.”

“His attitude and work ethic have been excellent. He has really stood out during our pre-season sessions thus far.”

“He will bring much-needed competition to the wider areas of the pitch. Alex has had good experience and played in some big games at this level for a young player. He will be an asset to the club and team moving forward.”