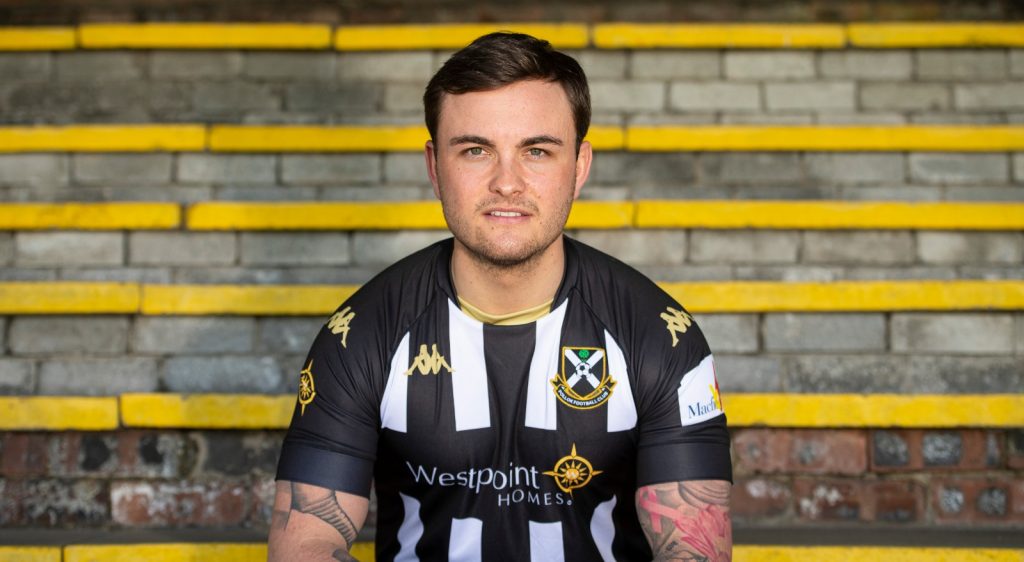 Pollok FC are pleased to announce the signing of Evan Horne who most recently spent time with East Stirlingshire. The 22 year old, who can play in defence or midfield, has played youth football with Dundee Utd, Dunfermline and St Mirren as well as making senior appearances for Stirling Albion and Annan Athletic in League 2.

Evan is boss Murdie MacKinnon’s second new acquisition of 2021 and he was delighted to welcome the new signing to Newlandsfield.

Evan is a terrific young player with a fantastic pedigree having played with Dunfermline, St Mirren, Annan Athletic and Stirling Albion before most recently representing East Stirling in the Scottish Lowland Football League.

We are delighted to secure the services of such a sought after player.

Evan is a versatile player who can play in defence or in midfield. He is hungry for success and sees the next stage of his career at Pollok.

Evan continues a family tradition by following his dad, John and older brother Josh in pulling on that famous Pollok jersey.

I now look forward to seeing Evan’s career further develop at Pollok. His desire and commitment to making Pollok successful was evident in our conversations. Exactly what every manager wants in his players.

He is a terrific lad and a brilliant young player. I am sure he will show this to the Pollok faithful next season.