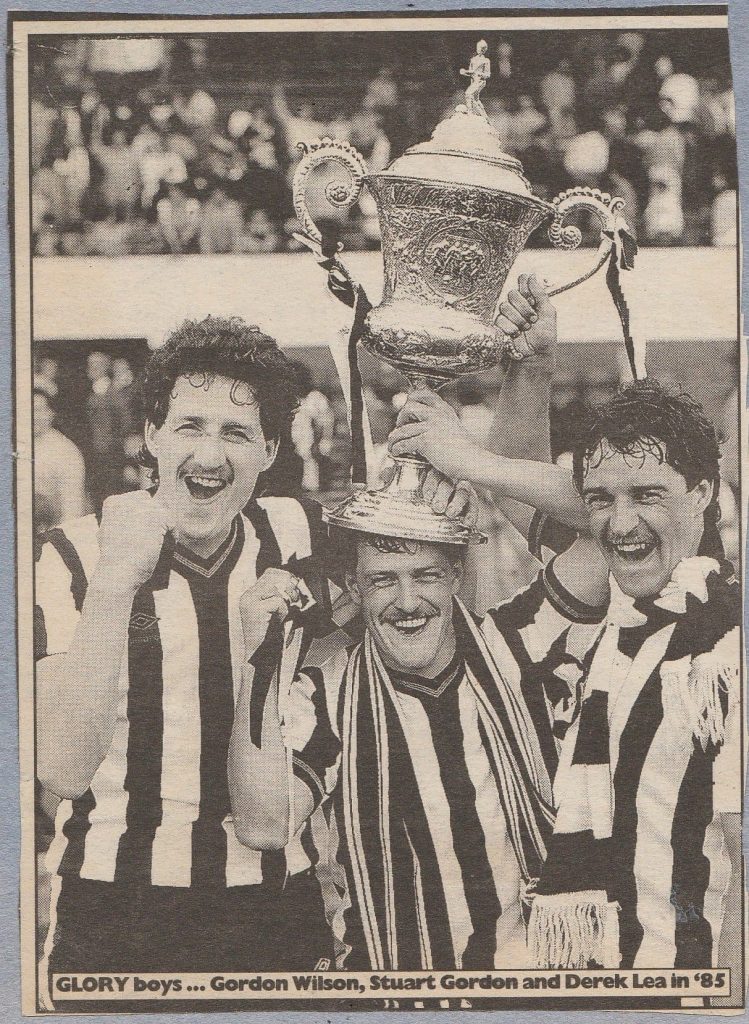 It is with sadness that the death of Pollok’s 1985 Junior Cup winner Derek Lea was reported this week, aged 61. The Govan born forward signed for Lok in November 1983 from Australian outfit Croydon City and had spent a number of years with Renfrew prior to that. Following his Junior Cup win for Lok in 1985 versus Petershill, he moved on to play with the opponents that day then Shotts Bon Accord, a return to Renfrew, Dalry Thistle, Dunipace and Port Glasgow where he ended his Junior career at 33. Deepest condolences to his family and friends from all at Pollok FC.

It was also announced today that Jim Marr has passed at the age of 59. He was loaned to Lok by Celtic in season 1977-78 and went on to play Junior with Largs Thistle, Neilston and Port Glasgow where he played alongside Derek Lea for a few seasons. Again, deepest condolences to all that knew Jim. A sad few days for the Lok family.