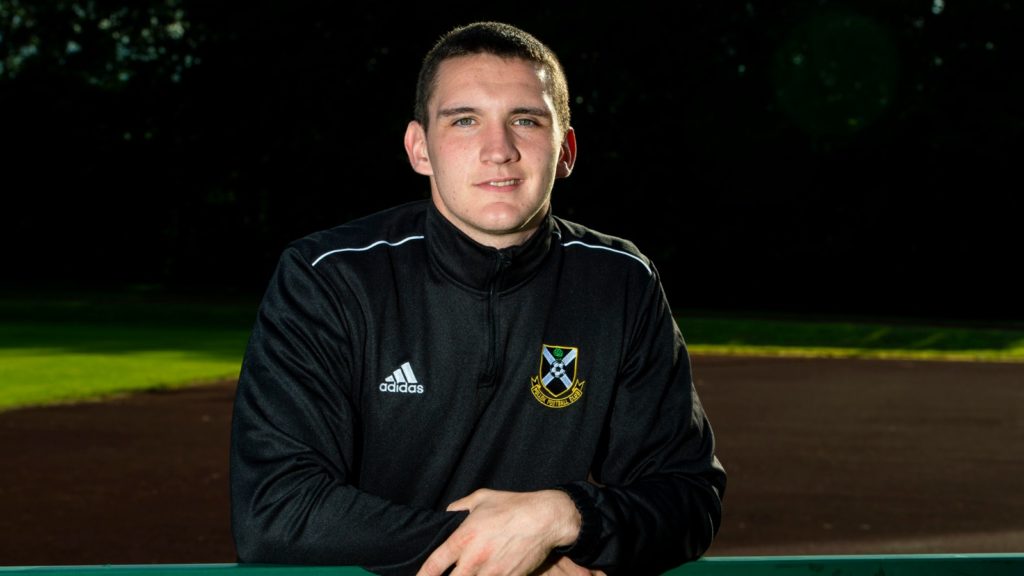 Pollok FC this week can confirm that Dominic Larkin has been released from his Lok contract due to a change in work circumstances. Speaking to the website about pre-season, manager Murdo MacKinnon said:

“Unfortunately he’s not been involved much due to his work commitments. His new career will take up most of his time.

“This situation is something that has come up and it’s an opportunity that Dom can’t turn down. I wish him well with his career and the future – he’s a terrific lad.”

All the best Dom from all at the club.

In terms of Lok’s three games so far, and pre-season in general, Murdie added:

“The games have gone well – there have mainly been positives.

“There are still a few things to work on and get up to speed with, so very happy with the players overall. The new signings have fitted in well and the squad as a whole is strong.”

The new season is still very much an uncertainty. Clubs met last night over Zoom to discuss a number of issues and a vote will take place on Friday to determine when and how the season starts. There is increasing concern over the lack of fans being allowed into matches alongside a rise in covid-19 cases. National clinical director Jason Leitch told the BBC this week that discussions have not even been held with football authorities to permit smaller clubs to allow supporters into grounds as the focus is on the rise in cases.

Elsewhere in the pyramid, the following dates are being worked to (subject to any future Scottish Government restrictions):

Edit: The SJFA announced on 8/10 that their own regions would delay until 21st November.

Pollok’s next official fixture is 24th October vs. Tranent, but there will likely be closed doors friendlies in the interim. News of them will appear here and on Lok social media.