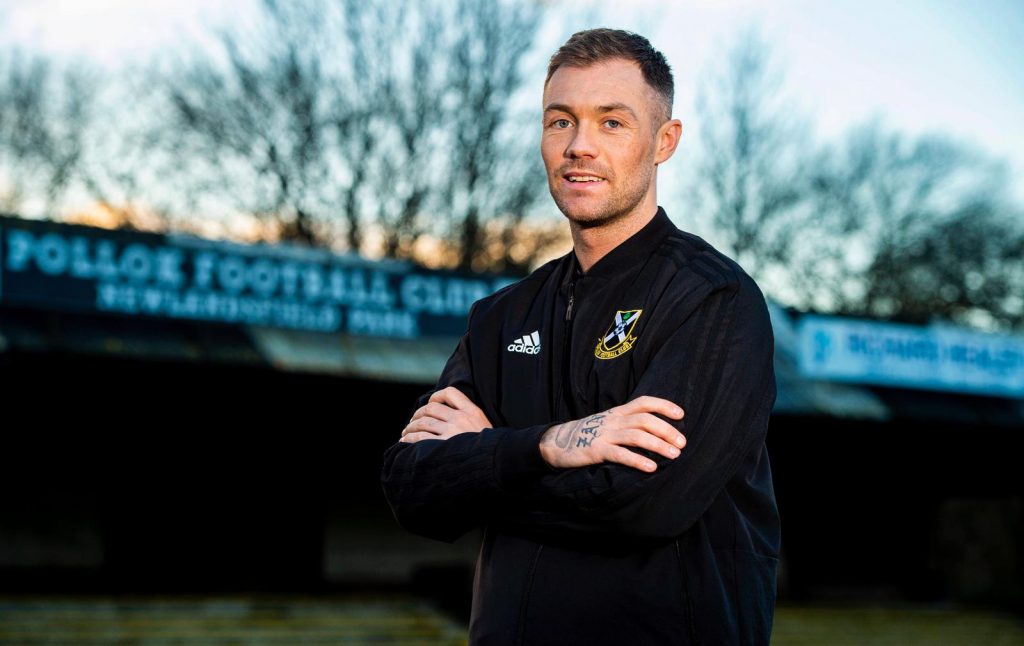 Pollok supporters will be delighted to hear the news that Jordan McMillan has re-joined the club on a deal that runs through until June 2021. The right back originally joined the club on loan from Dumbarton midway through 2019-20, a deal made permanent following his release by the Sons during the winter transfer window.

Speaking to the Lok website, manager Murdo MacKinnon said: “I take great delight in welcoming Jordan McMillan back to the club for his second season. He brings a wealth of experience and quality after spells at Rangers, Dunfermline and Partick Thistle to name a few.

“Jordan joined us last season on loan from Dumbarton and made an immediate contribution on the park. Jordon then joined the club on a permanent basis early in the new year.”

Murdo added: “Before the season ended Jordan was part of the squad which defeated Neilston in the Macron Scottish Junior Cup Quarter final. His performances on the pitch were of the highest standard and we look forward to him showing more of that in the coming season.”

Stay tuned to the PFC website for another batch of under 20 signings too.