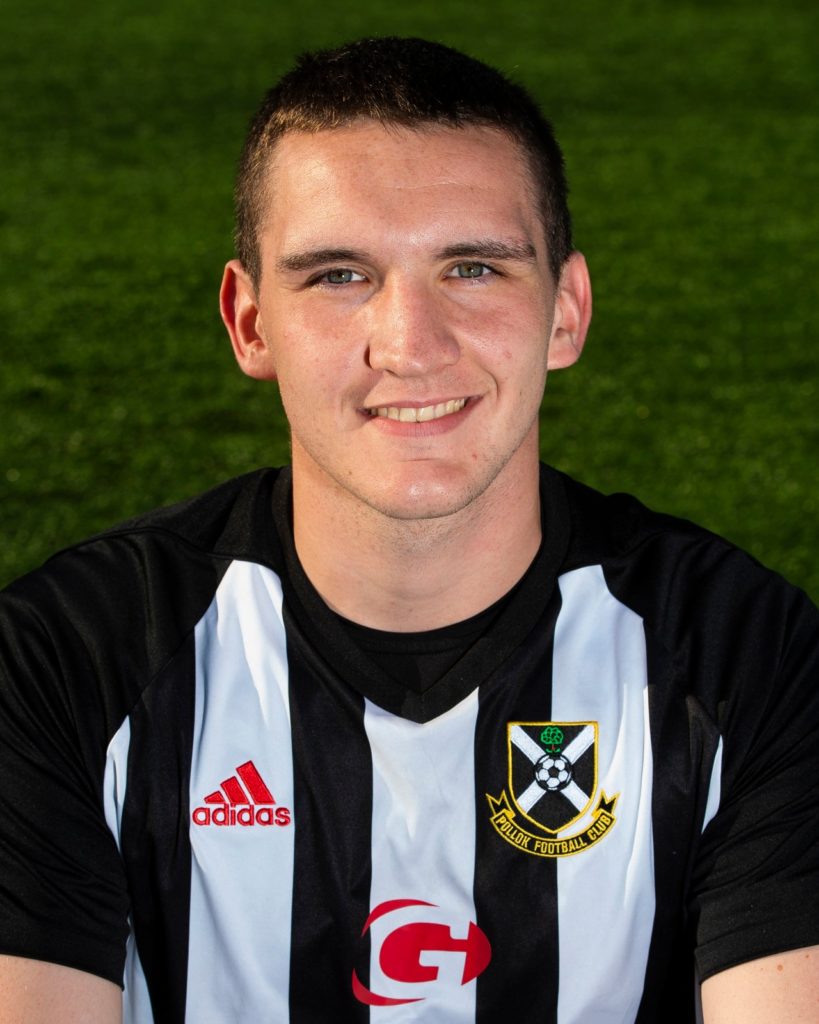 One of a number of players coming back to Newlandsfield for season 2020-21 is Dominic Larkin. The centre half was on the Lok books last season having been a part of the U21s in 2018-19 while also playing Sunday League with Castlemilk Dynamo, and it was to the latter that he returned to see out the campaign.

Manager Murdo MacKinnon had the following to say about the big stopper’s comeback:

“It?s great that Dom has returned to the club for a second spell. I believe he has a terrific future in the game ahead of him. He is a commanding central defender who is aggressive and loves nothing more than to compete. He gets what we are building here at Pollok and wants to be part of it!”

“Dom is another product of our youth academy. I know the people in the academy will look forward to watching Dom?s career develop at Pollok FC as much as I will.”

Oh – and stay tuned for news on who else might be pulling on the famous black and white once again!