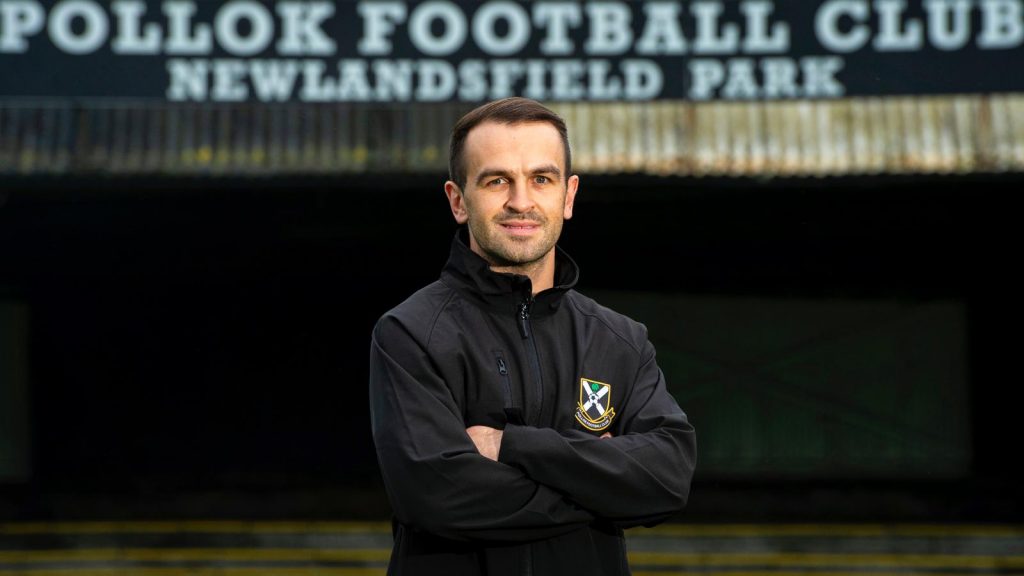 Pollok are delighted to welcome Darren Christie to Newlandsfield following his departure from fellow West of Scotland League side Beith Juniors. The 32-year-old wide man is a player Lok fans will be well-aware of from his appearances against us over the years and manager Murdie MacKinnon reveals his pleasure in having secured his capture.

Speaking to the Lok website, Murdie said: “It gives me great please to welcome Darren to the club from Beith Juniors. He is a player that I have admired for a number of years. He has performed at the highest levels over the course of his career picking up the Premier League, West of Scotland Cup and Scottish Junior Cup winners medals along the way.”

Thinking of how he will fit into the squad, Murdie added: “He brings a wealth of experience and is a player who will certainly add competition for places. He is another player who adds goals to the team and is the exciting type of player who will get the supporters on the edge of their seats. I know that Darren is desperate to make his stay at the club a successful one and as he looks forward joining up with his new teammates at Pollok.”

“I would again like to take the opportunity of welcoming him to Pollok Football Club.”

Darren had a Pro Youth career at both Celtic (briefly) and St. Mirren before moving onto Barrhead BC and stepped up to the Juniors from St. Peters Juveniles with Neilston where he remained for five seasons. He joined Beith in 2014 and it is from the Bellsdale Park side that he joins Lok.