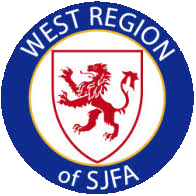 Dear supporters – it can be confirmed that the 2019-20 season will not be completed. The following communication has been received by all West Region SJFA clubs from John Fyfe to say:

“Following the recent announcement from the SFA Response Group, the West Region Management Committee have discussed & decided in light of Scottish Football shutdown being extended until the 10th June 2020 there is little option but to declare all remaining League & Cup fixtures as cancelled.”

What this means for the outcomes of league titles remains to be confirmed. With all West Region sides having applied for the new West of Scotland League (a very informative FAQ by Troon FC here), promotion and relegation is not an issue.

The Lowland League published a statement following the closure of applications to say that 68 clubs had applied (according to George Fraser of the Lowland League in a recent podcast, this includes all 63 from the West Region while three other clubs have made public confirmations of their applications – Kilmarnock-based Bonnyton Thistle from the South of Scotland League and amateur sides Glasgow University (SFA members and from the Caledonian League) and Drumchapel United PYM from the Central Scottish AFL).

2020-21 is likely to be a single season of ‘all at tier 6’ seeded conferences that will form the basis of a heirarchal structure from 2021-22. If there are 4 parallel divisions, then the top 4 from each at the end of Season One would in theory make up the new top division in 21-22 and so on. 20-21 will be a novelty, for sure!

If the same format is used as that to form the expanded East of Scotland League in 2018-19, the ‘tier 6’ parallel divisions (4 x 16/17) are going to be seeded. This would mean putting a club into a separate ‘conference’ in turn, much like you might deal cards. With the league unfinished, average points per game would most likely be used, and this would see Pollok as a top seed as we would be 3rd in that ranking method. We would also be a top seed on points accrued. Please stay tuned to the website and social media for clarification on what will be happening once football gets back underway! If anyone wants a bit of ‘lockdown mental agility’, try and work out what our Conference might potentially look like! (we will likely have 4 clubs from each of the West divisions, following the seeding pattern, and perhaps one of the additional sides).

Another option would be regionalised conferences for season one, but again this is just speculation.

Updated 13th April: below you will find the new logo of the West of Scotland Football League and you can follow the league as it develops on social media:
Twitter: @OfficialWoSFL
Facebook: https://www.facebook.com/OfficialWoSFL
Instagram: instagram.com/OfficialWoSFL