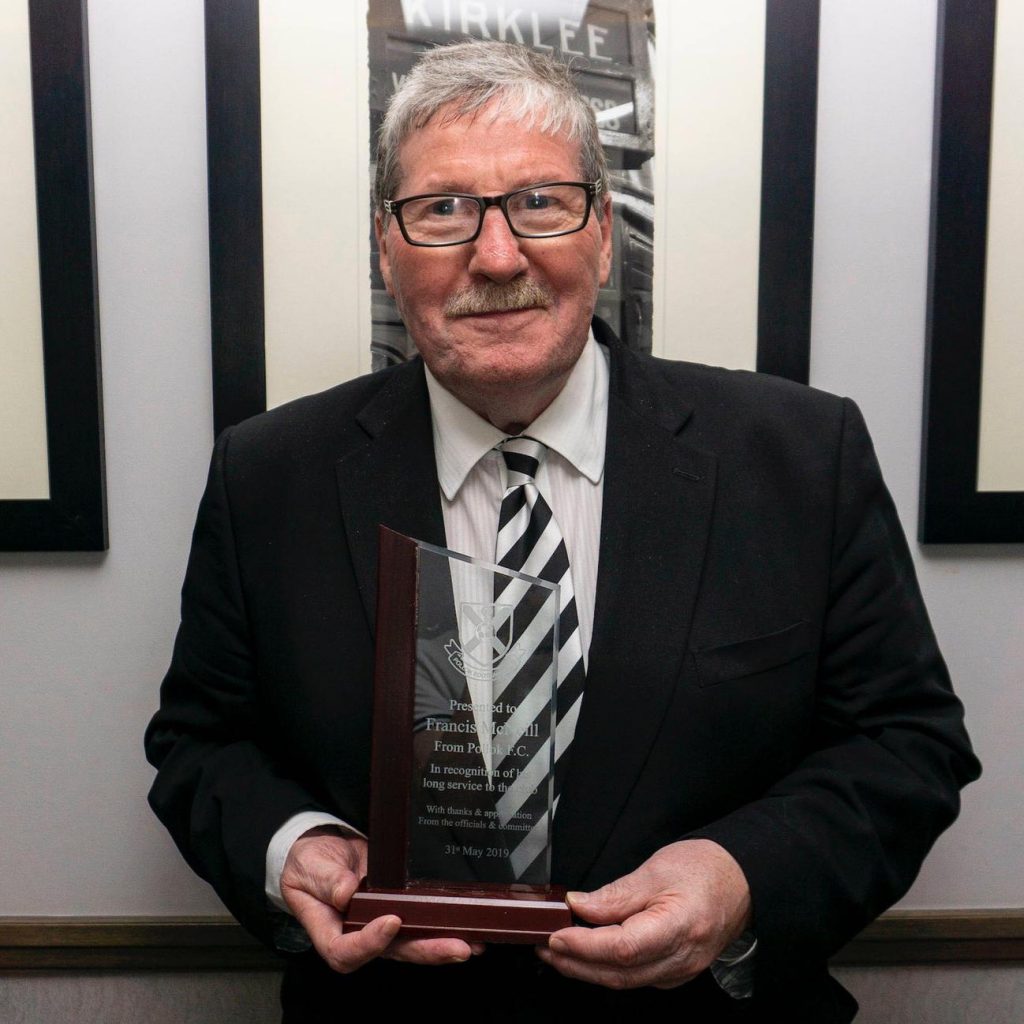 It is with great sadness that we must report the passing of Pollok stalwart Francis McNeill after a short illness. Known to all and sundry inside and outside Newlandsfield as Franny, he left behind an enduring legacy in junior football.

During a long playing career as a centre-forward, Franny featured for clubs in both the East and West regions including Dalkeith Thistle, Camelon, Petershill, Arthurlie and of course, Pollok. A prolific goalscorer, Franny netted 11 times from 17 starts in his one season at Newlandsfield as a player.

After retiring from playing, Franny finally settled at home at Pollok. He joined the general and match committees in 1985 and served as match secretary from 1992 till 2019, interpolated by a four year spell where he served as Vice President and President. Franny’s presidency of the club was hugely succesful and saw the club win both the league and Evening Times cup.

Above and beyond his own achievements at Pollok, Franny was immensely proud of the fact that his son, Paul, had excelled at the club before his own career was ended by illness.

In recent years, Franny took a step back from day-to-day committee work, resigning as Match Secretary, but remained an active part of life at the club. Franny served on the management committee of the West Region and also acted as the club’s delegate to the Junior FA.

Franny was often heard to say at committee meetings that ‘the sign above that door says Pollok Football Club and it’s bigger than every one of us’. This encapsulates many of the great qualities that Franny possessed, his humility, his endeavour and his belief in the common good.

A giant of a man, Franny was a friend to us all at Pollok, and will be dearly missed by all who knew him.