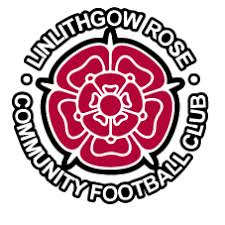 Pollok will have their first ever competitive game against Linlithgow Rose Community FC when they travel east on the 26th of October. Despite the name, there is no connection to the well-established East of Scotland League side. They stepped up to Junior football from the amateur scene in the summer of 2019.

They were founded in 1992 as Baillielands FC and have ran various clubs at boys, girls, youth and adult amateur level since 2006 under the all-inclusive Linlithgow Rose name.

As noted above, the club that were admitted to the Juniors in 2019 were members of the Lothian and Edinburgh AFA in 2018-19 (they finished 2nd in the quasi-regional 3rd tier), playing at the xCite linlithgow Leisure Centre, the astro facility they still play at. They previously were in the Stirling & District AFA, finishing 5/9 in the Stirling Premier in 17-18.

All other ties can be found here: