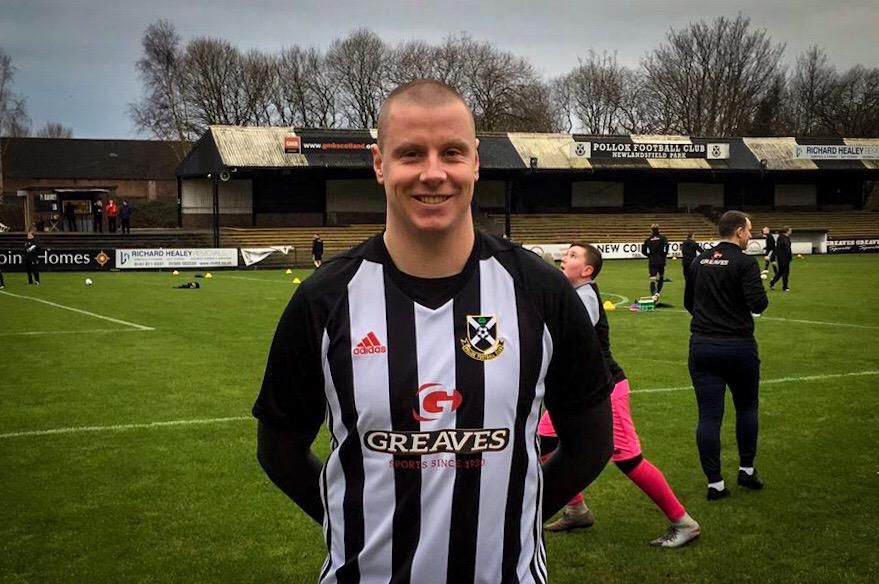 Pollok FC are delighted to announce the arrival of Scott Anson to Newlandsfield on a deal until June 2020.

The striker will be familiar to many Lok fans having featured at Petershill, Neilston, Shettleston and most recently at Cumnock where he scored against Pollok in the Scottish Cup earlier this season. He started his career at Hamilton Accies where he worked alongside Lok gaffer Murdie MacKinnon;

Scott and I go way back to our days at Hamilton Accies. He will add much needed competition in the forward areas and brings a threat in the air.  Scott is a proven goal scorer at Premier League level with 16 goals this season alone.

Scott has also played for Kilmarnock, Annan, Montrose and Bo?ness.