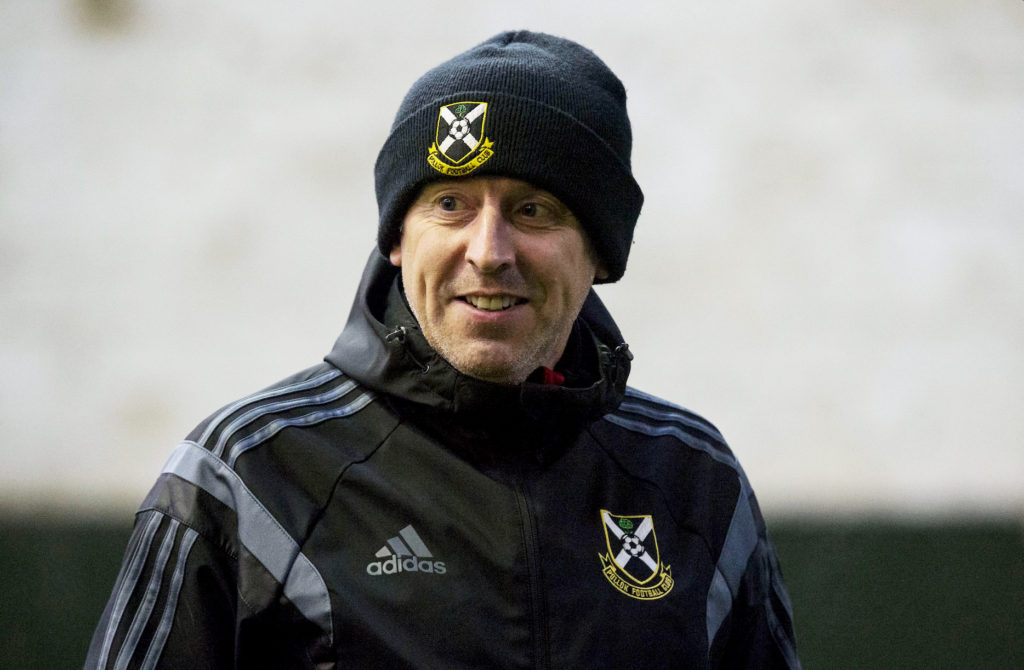 Looking back to the Kirkintilloch Rob Roy game

Our performance was nothing short of disgraceful from start to finish. You cannot win West Premiership games playing for 20 minutes and expect to win! Before people start to criticize the management team, our players were well warned what to expect from the game, our opponents and the need to start producing performances and winning results as our season to date has been really unacceptable. Having six points from five played isn?t what we wanted nor expected especially since we have been ahead in all of those games and have only once seen a game out to victory.

Defensively we were really poor with avoidable goals, missed chances when in front to put the game to bed and devoid of creativity and competitiveness in the midfield – add these things together and it doesn?t make for a good team.

We finished last season strongly and we really haven?t started this season.?

As for the game itself, we didnt start the game well, looked sluggish and not at it and deservedly went behind at half time – in fact Jordan Longmuir saved us on a few occasions in that first period. After some strong words at half time, the players reacted in the right manner and took the game to Rob Roy then ended up 2-1 ahead and looking likelier to go on and win the match with goals to spare. For some reason they stopped playing, played within themselves, stopped doing the good things they did in first 20-25 minutes of second half and this gave Rob Roy encouragement to have a go which they took. All goals were very poor goals to concede. For the first goal Mark Sideserf played them onside, at the second, Ewan McNeil was caught wrong side then some bad defending from Danny Boyle followed and they had equalized. And the third goal, we don?t clear our lines, they get to the bye line and score a very soft third right on the goal line. In terms of performance, you cannot have three players in Jordan, David Gormley and Adam Forde as the only players who played anywhere near what they can and expect to win.

A really bad day at the office and we got what we deserved for sloppy display – nothing.

The on loan signing of Aaron Millar

We signed the young lad from Clyde to help bolster our forward options given the current situation with Stuart McCann, Gary McCann, Stefan McCluskey and David Gormley who is playing through the pain barrier for us. He?s a talented lad who has featured from the bench for their first team who was looking for more game time and experience of players against men. We have him on a short term loan agreement so we will see how this develops between now and January

Obviously the first thing I would demand is the right reaction following a bad performance and result last week. We have made things extremely difficult for ourselves to get into the mix at the top with our results so far this season. I spoke with Brian McGinty on Saturday who was at our game so he will have been encouraged by what he saw and think he can come up and get a result this weekend.

All players and management attended the open day to show our support for the wider club. To my knowledge, the open day was a fantastic success and the whole club got a real lift for the support, the sponsorship and the general feel good factor around the entire club from the community, academy to the first team. We really need the club to stick together, support everything the club does as it really is the lifeblood of everything we are trying to do.

We don?t have a rich benefactor that many of the Ayrshire clubs have, we don?t have a huge single sponsor or social club that pumps tens of thousands into the club hence the reason since I joined the club I’ve had to manage my budget very closely, sell players every season in order to keep the club budgets in hand. Since I joined the club, the club has gained significantly in terms of transfers monies in which has helped the club in many ways. We try and work together to ensure that Pollok is financially healthy and run for the benefit of the entire club hence the need to continually be financially prudent.