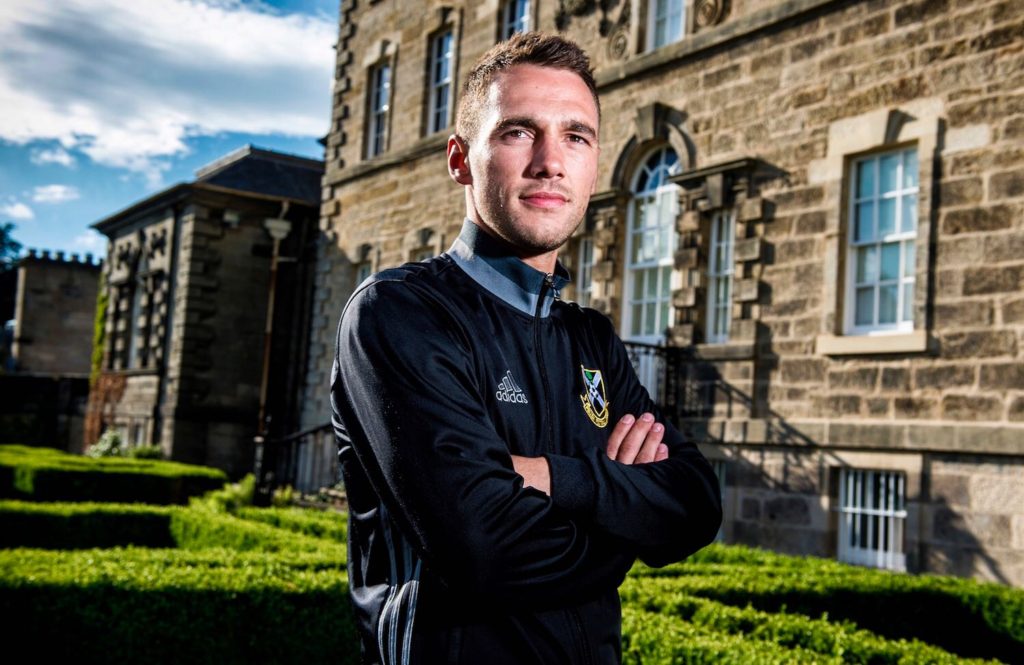 Pollok are delighted to confirm this evening the signings of Shaun Fraser and Danny MacKenzie.?

The players, most recently teammates at Kirkintilloch Rob Roy will be familiar to many Pollok fans.?

Fraser (pictured), a midfielder, has made 60 appearances for Rob Roy over the past two seasons scoring 17 goals. Shaun will join up with the squad as they start pre-season training on Saturday 7th July. On signing, Shaun said;

?I?ve obviously played against Pollok a few times now and had some good battles over the past few seasons. Newlandsfield is a great place to play and Pollok are a big club.?

His teammate Danny MacKenzie is a versatile defender who has made over 160 appearances for Rob Roy in the last 5 seasons. Danny will join up with the squad later in the summer.?