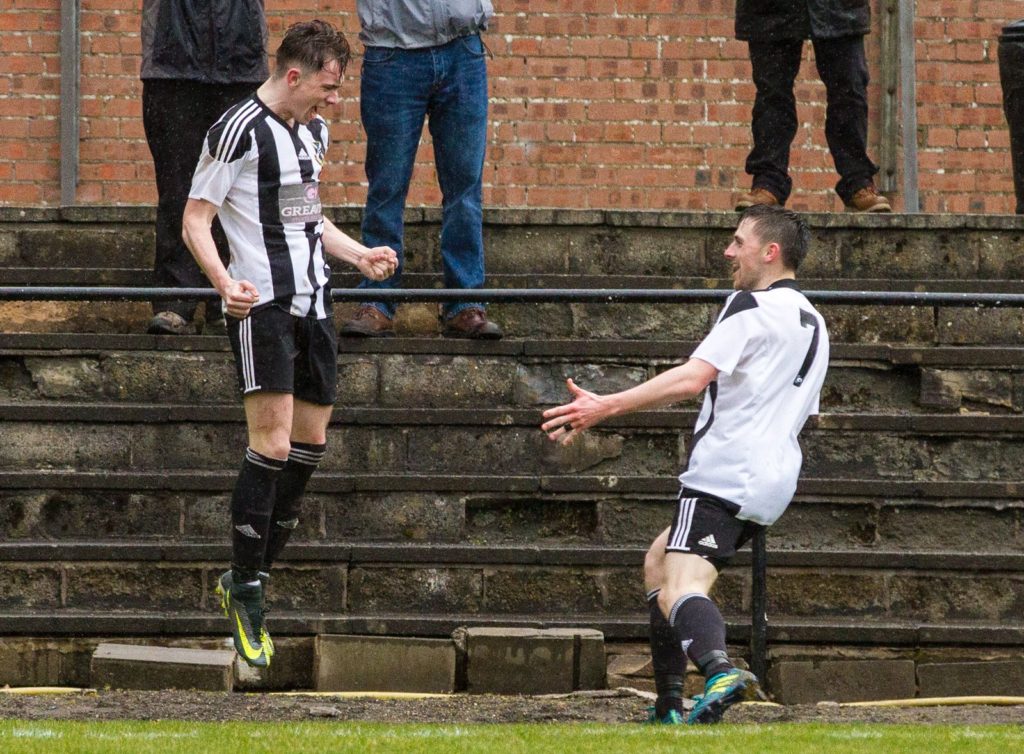 The squad for the 2018-19 season has begun to take shape with brothers Gary and Stuart McCann committing themselves to Pollok for next season.

This will be Gary’s third season with the club since signing from Irvine Meadow in the summer of 2016. He has made 66 appearances for Pollok scoring 14 goals and assisting many more in the process. Gary was also called up to the Scotland squad for the Junior Quadrangular Tournament last October.

Stuart signed last summer from Petershill and has impressed in the first team scoring 8 goals in 26 appearances.

On the news of these first re-signings for next year, manager Tony McInally had this to say;

“I’m delighted to tie Gary and Stuart up for another season. Gary has proven himself to be one of the best wide players in the league and is unplayable on his day. Stuart has come in and really made his mark in the second half of the season. He’s a joy to work with at training and we hope he can continue to improve next year.”