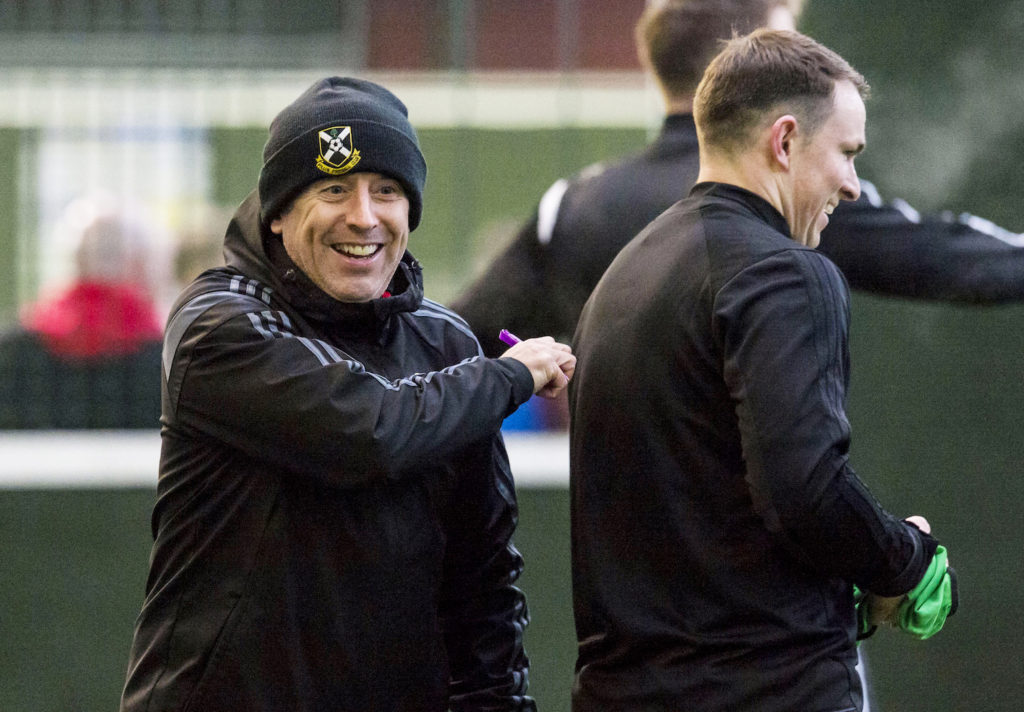 Following on from the announcement of the David Gormley signing, we?ve got some updates from Tony about some departures and the squad going forward.?

Martin McGoldrick?has left the club after a recent career move has led to the defender moving to the United Arab Emirates.?

“I think people will understand that this is disappointing news, as signing Goldie in the summer was a major coup for the club.?To be totally fair to Martin, he’s kept the management team informed throughout the process, so it hasn’t come as a surprise and its allowed us to put a contingency in place.?I respect the fact that this is an excellent opportunity for Martin and his family, and he’s right to put those things first.

As a matter of fact, Martin has personally refunded the transfer fee Pollok paid for him to the club. Martin’s a modest guy, and he’d probably rather that was kept quiet, but I think its important that people know what a class act he is.?Needless to say, we wish Martin and his family well on their big move”.

Another figure leaving Pollok is central defender?Ross McCabe, who has signed for Cumbernauld United.?

“Ross has been the consummate professional during his time at Pollok – he has given everything in games and training with us and was a brilliant person to have at the club. I?m always sympathetic towards players not playing as often as they want but Ross has displayed admirable patience in this regard. Ross is 32 and wanted to play more often in what he considers his last few years so I decided to accept Cumbernauld Utd?s offer and allow Ross to go and play every week – he leaves with our best wishes?

One more player who is moving to pastures new is?Nicky Prentice.?Nicky signed in the summer from Kilsyth Rangers; however a change of work commitments have meant that he has been unable to get to Pollok training sessions in past 6 weeks and as such the club accepted an offer from Bo’ness Utd to move on.?

“As a junior manager, I only get a short period of time with my players during the week for coaching so I need players who can train regularly.?It’s unfortunate that things work out like that sometimes, as I rate Nicky really highly.?I’m sorry to lose the player, as he has done excellent, and I’m sure he’ll do well at his new club.”

One final update relates to Colin Williamson. Colin hasn’t featured at all so far this season, after heroically playing through injury for the second half of last season. A recent scan on Colin’s groin and abductor injury has shown no need for surgery and can be treated normally. At the moment there is no time frame for return, but the diagnosis has been positive.

“Colin is a big player for us, and he’s been badly missed in midfield.?I’m really glad for Colin that he won’t require to go under the knife, but I guess no-one would mind me being a wee bit selfish and saying that I’m glad it won’t be too much longer before I’m able to put Colin back out onto the field in a Pollok shirt.

Thankfully Colin has never had a serious injury before so we are very positive about getting him back to full fitness quickly once we get the go ahead from Ross Hall medical team?

?In terms of team and squad building, I?ve been delighted at the group of players we have at our disposal. Since the start of the season the players have been a great group to work with and in recent weeks and months, there have been real demonstrable signs of them coming together as a real team, great togetherness , will to win, wanting to play and do well for Pollok fans and themselves. At the start of the season, our sole intention was to build a really strong squad and let things develop. Having taking time to assess the group and the challenges ahead we took positive decisions to improve the quality in the group as the season has progressed by bringing in the likes of Gormley, Wharton and McGregor who have great quality and experience for our predominantly young squad of players. Now we are very happy with the shape and size, strength, competition, quality and importantly, balance of players within our squad.?

Looking back to when we joined Pollok 4 years ago, it shows the tremendous strides the club has made in that period as every top player that becomes available, Pollok are a club that interests them to play for. Everyone at the club is together from fans to Committee to the academy and to the players and management. This shows in the trophies we have won, finals we have competed in and the positivity that surrounds Pollok Football Club – long may it continue??