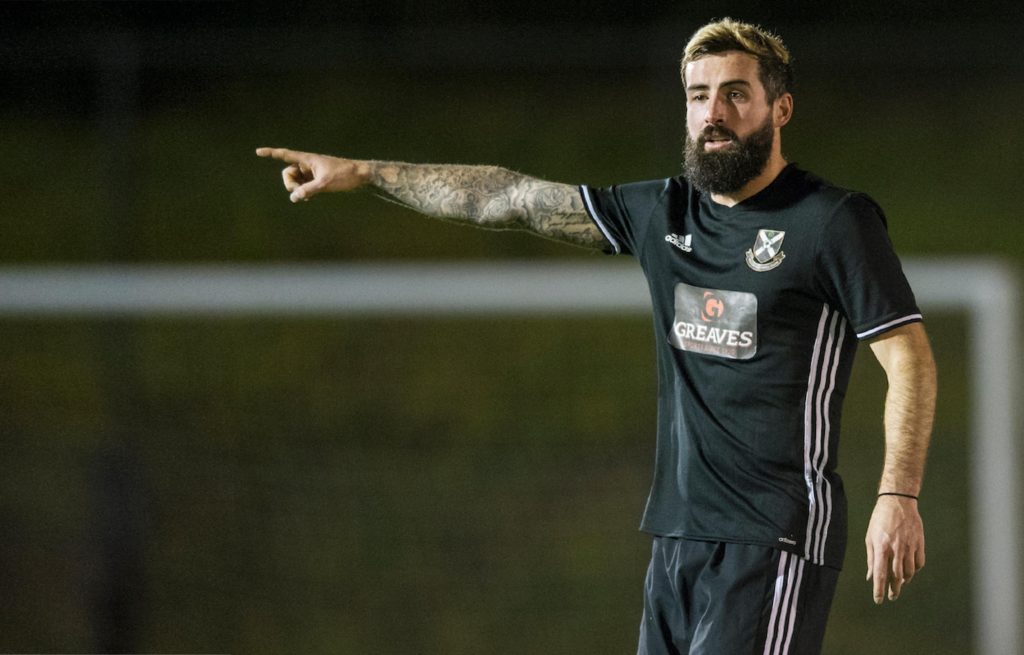 Pollok FC are delighted to announce this evening that defender Bryan Wharton has signed a permanent deal with the club until the end of the season. Talking about the signing, Lok manager Tony McInally had this to say;

“It’s great we have Bryan?for another six months.?I would like to thank Queens Park manager?Gus MacPherson for his co-operation in getting this move?complete. Bryan has shown in training and on the pitch that he?obviously wants to be here and he has proved a solid addition to our defence this season.”

Since arriving on loan from Queens Park in September, Bryan has featured nine times for Pollok, scoring once and has proved popular with the fans winning two man of the match awards in his short spell.

“Everyone at the club made me very welcome during my loan with the club, and?I’m really happy to be extending my stay at Newlandsfield.?I was?disappointed?with the loss in the [Sectional League?Cup] final?but there are still multiple?opportunities to win silverware this season that’s what the rest of the squad and Tony are focused on”

Bryan is available for selection tomorrow for our match against Arthurlie at Newlandsfield.